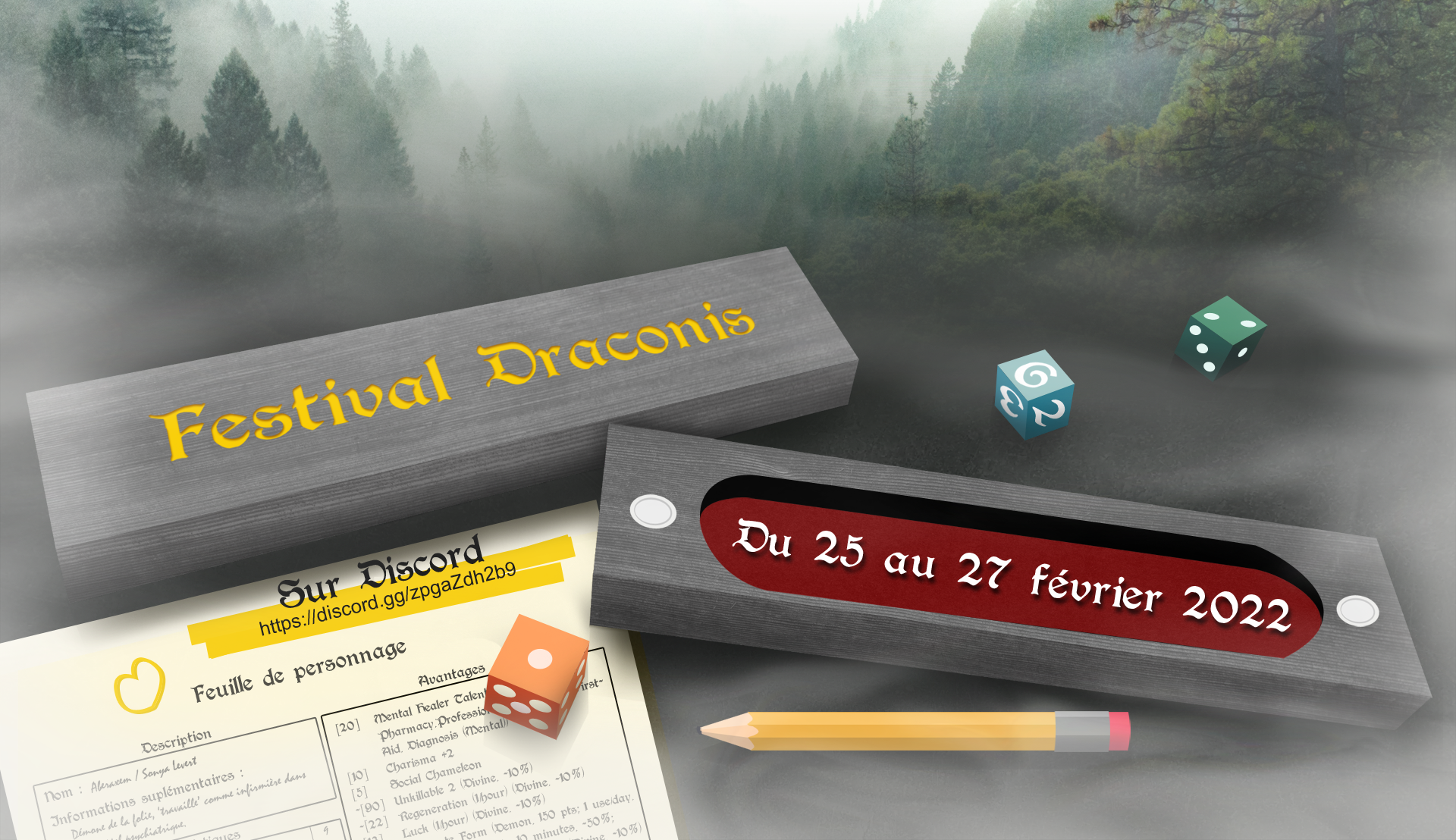 Given the new guidelines put out by the Government of Quebec due to the new Omicron variant, we regret to announce that the 2022 edition of the Draconis Festival will be held online again on our Discord server February 25th to 27th and not at the CEGEP du Vieux Montreal as was initially announced. The health of our attendees is obviously the most important consideration and it would be irresponsible of us to stubbornly hold the event in person.

That said, we’ll do all we can to make the festival as successful as it was last year, by using the advantages of the digital medium as much as possible. This will include seeking participants who wouldn’t have been able to attend in Montreal, including those elsewhere in Quebec, Europe, or anywhere else in the world, and by offering a series of fascinating panels. We will also reintroduce time slots intended for those in Europe (and for those in Eastern Time willing to wake up at 4:00 am…).

Obviously, there will be many roleplaying games available. There will also be the usual tracks of live-action games and discussion panels (which will be live on Twitch and posted on YouTube later). And of course, multiple channels acting as a virtual dealers room and RPG creators meeting area.

As always, we want to highlight the work of game creators from Quebec. We are open to suggestions on ways to help our local talent.

We also invite local streamers and podcasters to broadcast their content from the festival, actual play or other formats.

Even though the festival is online, we still need volunteers to run the festival. In particular, we need help for streaming on Twitch and moderating the server.

To stay up to date with developments, you can visit our Facebook page.

Join our Discord community to meet the organizers and other gamers.

What is the Draconis Festival?

Draconis is a role-playing game festival that takes place during spring break in Montreal. Many games are available to play under a variety of game systems. The event is free and open to people of all ages and levels of experience!

Don’t want to miss anything? Subscribe to our newsletter!